One of the most scenic regions in the world, Tsitsikamma is a true paradise. Regarded as the gateway to the Garden Route, the small region lies between the sea and the Tsitsikamma Mountains and stretches from the Storms River to Clarkson in the east.

The coastal section was the first marine reserve proclaimed in Africa, and it was done in response to an appeal by the first world conference on national parks held in Seattle in 1962.

Tsitsikamma, most appropriately, is the Khoi word for "place of many waters". The area incorporates various places of cultural interest ranging from Khoi cultural heritage sites, which includes caves, to shell middens and rock. Recent cultural historic sites like ruins of small fishing settlements, the legacy of the past forestry industries and grave sites have also been found in this area. Arts and crafts can be viewed and bought in the area.

The Tsitsikamma National Park is widely recognized for its forests, which contain and conserve one of the few true monarchs of the world’s forests – the giant Outeniqua yellowwood. It has survived unchanged for millions of years and is one of the most successful species in existence.

Interesting wildlife that can be spotted in the area include dolphins and porpoises, the highly threatened African black oystercatcher, the Knysna lourie, the Cape clawless otter and the rare blue duiker.

Tsitsikamma is an adventure sports enthusiast’s dream destination. The famous 5-day Otter Trail starts at the Storms River Mouth and winds its way through some breathtaking terrain. The area is also very popular with mountain bikers and climbers. 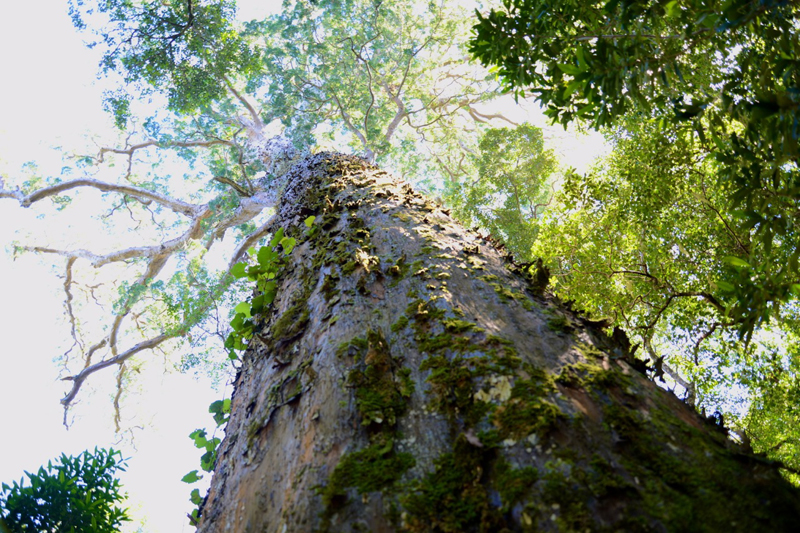